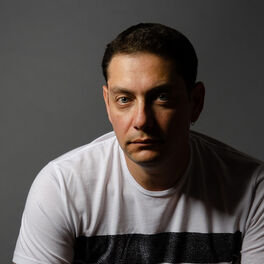 Standing on the Shoulders of Giants

Overlords / I Hear the Sirens Sing

Spectrum / as Time Goes By

This Is the Way

Raul Ron was born in Israel and grew up with music in his blood. Since childhood till teen, he formed several school and high-school bands in which he played various instruments. From electric guitar, through bass and synths, to drums. As a teen he also worked as an assistant in a local recording studio. Showing a natural talent to sound design and mixing, he quickly became a sound engineer in that studio. For 3 years he was all into music, studios and PA sound in local clubs. At this point he became more and more interested in electronic music and went to study music theory. A few years back, under the name of TripO, Raul released a few progressive house tracks (vinyl, digital & CD compilations) on respected labels. Those received quite an attention from known DJs and producers at that time. In 2018, Raul made his way back to making those club shakers, keeping the same original quality. Evident in the multitude of his track releases. Raul’s music is characterized as deep, dark, melodic & with a lot of groove.