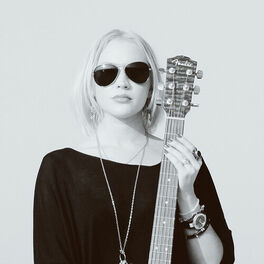 Aura is, without any doubt, the most successful female-fronted rock act today in Romania. The backbone of the band, Aura (vocals) and Mihai (guitarist and songwriter) used to have the same roles in their previous band Steelborn, with whom they were opening the Bon Jovi concert held in Bucharest in 2011. Aura released the debut album with Universal Music Romania in March 2014. The release party and the shows that followed in the promotional tour were exceptional from all points of view: perfect execution, fireworks and special effects, motorcycles on stage, wings and lots of eccentric outfits. Recently they enjoyed big success outside Romania also, winning the Public Prize at the Black Sea Battle Of The Bands from Kavarna Festival, Bulgaria, which led the band to perform on the same stage with heavy metal legends like Helloween, Sabaton or Gotthard.