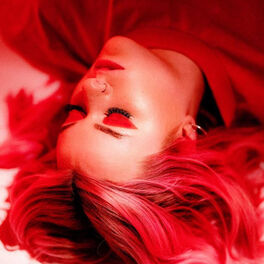 Friends with the Tragic

Things We Lost in the Fire

23-year-old composer, songwriter, pianist and singer Grace Davies soars back into view for 2020 on her own terms, poised and ready to re-take the stage. The release of her first single 'Invisible' marks the start of an exciting new era in Grace’s career. Having independently released her debut EP at the age of 18, Grace garnered the support of tastemakers including BBC 6 Music, became a staple fixture on BBC Radio Lancashire, as well as picking up coveted national ‘BBC Introducing’ artist support. A songwriter who artfully documents the human condition, Grace is able to make the personal universal. With a poet’s ease, her honest lyrics come alive through her soulful, unique vocals and haunting melodies; traits that saw her ascend to the final of X Factor 2017. In a first for the programme, Grace shook up the format and confidently showcased her own songs at every stage, generating millions of streams and a top 2 iTunes chart position. A true artist, Grace oversees every element of her music. Following extensive time in the studio writing for other artists as well as herself Grace's unmistakable voice and fearless songwriting seems set to secure her future.