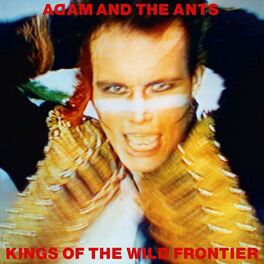 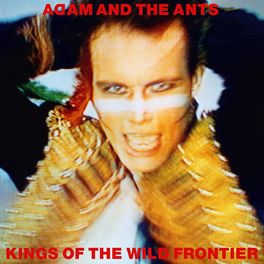 Siouxsie and The Banshees

80s Party | Dance Around The Room

SO BRITISH ft. The Clash, The Kinks & Donovan

Emerging at the tail end of the punk revolution, Adam And The Ants stumbled on an extraordinarily successful formula that combined catchy pop with mischievous imagery and a slightly dangerous edge that, for a while in the early 1980s, made them Britain's hottest band. They already had a colourful history, particularly their flamboyant front man Adam Ant, who played bass in pub rock band Bazooka Joe - the headline act when the Sex Pistols made their first live appearance in London. Inspired by the Pistols' snarling act, Adam quit Bazooka Joe to form his own punk band the Ants, going on tour with Siouxsie And The Banshees. They built a strong cult following and, championed by DJ John Peel, had minor success with their first single Young Parisians and the album Dirk Wears White Sox (1979). They were briefly managed by Malcolm McLaren, who subsequently abandoned Adam, replacing him with teenage singer Annabella Lwin to form Bow Wow Wow. But Adam had the last laugh, linking up with guitarist Marco Pirroni to form a new line-up of the Ants, making their commercial breakthrough with the 1980 album Kings Of The Wild Frontier, producing the Number 1 hits, Stand and Deliver and Prince Charming; notable for their wacky videos in which Adam dressed up as historical figures. A string of other hits followed, including Ant Rap, Goody Two Shoes, Friend Or Foe and Puss 'n Boots. In 1982 Adam left the band to launch a solo career, but his career went into decline and he turned to acting. In 2002 he was in court following a pub affray and received psychiatric care, but in 2006 he published his autobiography and in 2010 returned to live performances.