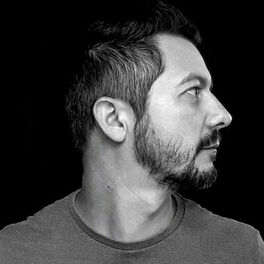 Down the Remixpack - Remix Contest Hosted By FOEM

by A Girl and a Gun, Acetronik, Candyland, Da Fresh...

Nothing But... Ultimate Techno, Vol. 2

Traditional course of a young man who grew up in the eighties. Born in a small french provincial town, middle class music lovers family, Arnaud (his real surname) will quickly combine a passion for music and a taste for computers and machines. First influenced by bands such as The Cure, Depeche Mode, Kraftwerk, Anne Clark... In the nineties, while he was studying in an art school, he will succumb to the french touch success. Fascinated by the "Homework" of Daft Punk or the "Pansoul" of Motorbass, it's under the name of Da Fresh that he will begin the first tentatives of solo composition. Determined and hard worker, he released the album "Supa Feeling" in 2002 on the Lyon based label Weaked Records, including the hit "Fuckin Track" which will become a classic and launch him on the international electronic music scene. Then he will be divided between a full-time job of DJ while keeping a real knowledge as a producer and remixer. Signed on many labels such as Toolroom, Steyoyoke, Armada, 1605, Suara, CR2, Spinnin, Deeperfect, Bitten, Happy Techno, 303Lovers, Bodhi Collective, Unity… In 2005 he created his own label Freshin Records. Booking (worldwide) : freshinbooking@gmail.com