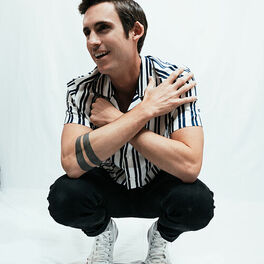 All Over the World

Could I Love You Any More

Tolan Shaw is an award-winning, prolific musician, and an avid traveler. His new series of singles show an artist at the peak of his prowess, painting pop sensibilities over a foundation of rock-solid songwriting. This new music represents a natural evolution in the creative journey of someone who first rose to prominence as an acoustic troubadour. In the past few years, Shaw won "Best Singer-Songwriter" at the San Diego Music Awards, became a Taylor Guitars artist, and journeyed to Asia (endorsed by Taylor and GoPro) to create a travel-music video blog called “Wandersong.” In 2019, Shaw wrote “Could I Love You Any More,” a duet by Filipino star Reneé Dominique and Jason Mraz, which went viral on Spotify and racked up millions of views on YouTube. Shaw has toured internationally, shared the stage with acts such as Gavin DeGraw and Mraz, and toured as a guitarist/vocalist for Bodeans. Shaw’s new singles were written with the likes of Dave Berg (Reba McIntyre, Blake Shelton), Georgia Middleman (Keith Urban, Kenny Loggins), and Danen Reed (Quinn Lewis, Charlotte Sands). Immediately engaging melodies provide a head-bobbing escape; dig a deeper and you find a musician that speaks straight to the soul. “I want listeners to know other people feel the emotions they feel, and I want to show that those feelings are ok to talk about” explains Shaw. “But I also just want them to have fun.” It’s safe to say Shaw has managed to bridge that duality with aplomb.