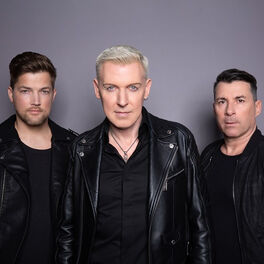 I Want You to Stream!

The Big Mash Up (20 Years of Hardcore Expanded Edition) (Remastered)

No Time to Chill (20 Years of Hardcore Expanded Editon) (Remastered)

Who's Got the Last Laugh Now? (20 Years of Hardcore - Expanded Edition) (Remastered)

Despite an often changing line-up and the creation of some of the most ear-piercingly painful techno music know to man, Scooter have enjoyed a successful career in the dance arena. Prolific in their output and with a dedicated army of fans, the boys have gone on to become one of the more commercially successful European dance outfits of the Nineties, boasting a huge following in their homeland; Germany. Their debut single Vallée De Larmes (Valley Of Tears) reached Number 8 in the German official dance chart and paved the way for further hits. Undisputedly, their next work, Hyper Hyper was the group's breakthrough to the big time, garnering more than half a million sales in Germany. However, it wasn't until Back In The UK was released from the act's second album, Our Happy Hardcore, that the Brits took note, and it stormed into the top 20. Since then, Scooter have gone from strength to strength, covering Soft Cell's popular Sex Dwarf, releasing myriad electro dance tunes and touring the nightclubs of the western world. Artist biography compiled by BDS/West 10. All rights reserved