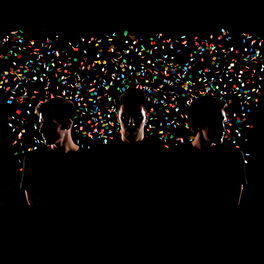 Purist are a Slovak/English electronic pop band based in Bratislava, Slovakia. In July 2012, Purist released a self titled EP followed by an 'Introduction Tour' in Slovakia and Czech Republic. Their single 'Renaissance' quickly gained media attention and their music video was streamed on MTV Czech and the single topped Slovak radio charts on Radio_FM for 3 weeks. This success probably scored them a nomination for the 'Best Newcomer' prize at the Radio_Head Awards 2012. In their short history Purist performed at internationally renowned festivals such as Electronic Beats, Pohoda Festival, Grape Festival, Open'er Festival and showcase festivals Waves Bratislava and Europavox in France. In April 2014 they recorded their debut album 'Colourful Noise' in Red Bull Studios Copenhagen which is set to be released on December 6th 2014.