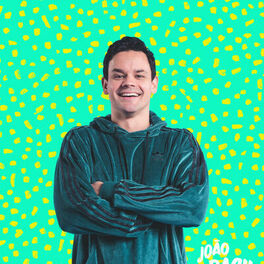 Love Is All Around

Brazilian Mashup King, João Brasil is a DJ, hit music producer and songwriter. His hits, remixes and mashups became anthems in Brazil and worldwide. Supported by superstars DJs like Hardwell, Steve Aoki, Diplo and Fatboy Slim, he has performed in major festivals like Rock In Rio, Lovebox and SXSW. João Brasil was responsible for the music and performance of the opening ceremony of Rio 2016 Paralympics Games. He recorded with artists such Fatboy Slim, Wesley Safadão, Ludmilla and Gaby Amarantos. João Brasil graduated at Berklee College of Music.