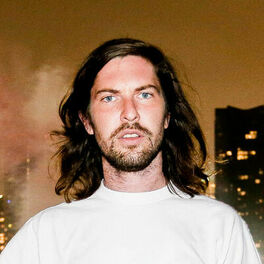 Greetings Internet! Return of the Mack, return of the Jedi whatever you want to call it DJ / producer Generik (a.k.a Tyson O’Brien) has returned home to Australia! After a 4-year stint of living under ‘The Star-Spangled Banner’ as well has producing some quality bangers and smashing America’s biggest nightclubs, Generik is back! 2020... well we all know it was a shit show but fortunately Generikhas been very busy in the studio. Releasing a couple of collabs with English scouser Mcseedy (El Miana) & geezer Fources (Need U) which has spent a mammoth 10 weeks inside the top 10 of the Aria Buzz Chart! Welcome home indeed! The hit factory doesn’t stop there, Generik has his own record label ‘You Do You’ which now has over 15releases to its catalogue. Featuring upcoming talent and quality house music from all over the globe the label is only growing stronger. Keep an eye out for ‘You Do You’ parties which will be popping up and off in the new year. Whether it is his residencies at Ushuaia and Pacha in Ibiza, Hakkasan or Omnia Nightclub in Las Vegas & Bali, Generik has been creating waves with his energy and crafting a distinct sound that is heavily influenced by his house music roots. Generik has claimed previous ARIA Club Chart No1’s including radio additions, with his summer renditions ‘The Weekend(feat. NickyVan She)’, and ‘Late at Night’, ‘So High’ and ‘Be There’ featuring the silky vocals of A*M*E(also featured on Duke Dumont’s -Need you 100%) garnering status in the Shazam and SpotifyAustralian and US viral charts.Dancing is back, clubs are back, Generik is back! Website: http://generik.com.au Instagram: http://instagram.com/generik_dj/ Soundcloud: http://soundcloud.com/generik_dj Spotify: https://open.spotify.com/artist/5nzJoECVrmCxkbcLyvDpEI?si=LKteSFDTTOqqyN6mGyaPaQ Twitter: http://twitter.com/generik_dj Facebook: http://facebook.com/generik.tourofcool/