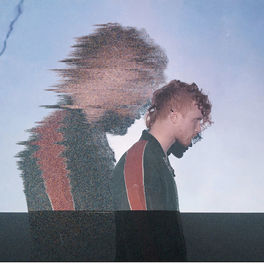 "Crywolf is the sort of jack of all trades who makes larger than life tracks that are hard to fully experience in one listen... powerful swells of sound that eventually unfold into more ethereal, intricate valleys, offering the listener the sort of 360 experience that makes you feel something real." - VICE "Crywolf doesn’t really care what everyone is doing around him. He doesn’t care to bend around a genre. He doesn’t care… at all. He exists in his own bubble, and I think that’s where his subtle brilliance comes from." - EARMILK Crywolf, otherwise known as Justin Taylor Phillips, is a producer, vocalist, and multi-instrumentalist based in Los Angeles, CA. Constantly challenging the expectation that an artist must fit into one singular genre, he ruthlessly colors outside of the lines, carving his own musical path, leading to a unique and often indefinable sound. A full apocalyptic orchestra one moment, a lullaby whispered in the listener’s ear the next; Phillips’ haunting vocals, abstract lyricism, atmospheric beats, and cinematic instrumentals could be the soundtrack to a lucid dream. From an early age, Phillips has been filled with wanderlust. Growing up in Hong Kong and traveling throughout much of his youth, Justin became fascinated with discovering and exploring new worlds, leading to a diverse range of cultural influences. His passion for the unknown has been a driving force behind his artistic identity, often traveling to new locations to work on his musical project. After traveling to the grey, desolate cliffs of Iceland to write his first album, Cataclasm, Phillips' newest release -- slated for 2019 -- had him purposefully placed somewhere entirely different, the Huilo Huilo rainforest; a lush, warm and humid climate. Located in Patagonia, the far southernmost area in Chile, the forest is claimed to be haunted with thousands of lost souls, spirits taken by the land. On returning to the US, he continued travelling and writing, spending time in Twin Peaks, the Blueridge Mountains, Reno, and the forests of Vancouver. During the period of his travels, Justin worked through what he refers to as his “quarter-life crisis,” desperately wanting to make his art and this project as true and as real as it could be. He says he spent a lot of his time “questioning everything about [himself], rebuilding huge swathes of [his] mental landscape.” This comes across in the hectic, organized chaos of his sound -- frantic percussive pulses that seem to bounce off the walls of the listener's mind. When Phillips first started the Crywolf project, he was double-majoring in Economics and International Relations. Music turned the tides of his life, leading him to drop out of school to pursue his craft full time. Despite brief periods of homelessness, he worked tirelessly to hone in on the sound he was searching for, spending long days, seemingly endless nights on concepts and drafts to create what he originally called a "weird blend of Indie and EDM music." The Crywolf sound has evolved since then; the EDM roots that were originally there at the beginning of his project seem distant at this point in his music career. Although his sound developed over time, his fans have remained loyal throughout his musical journey. Crywolf’s dynamic releases have garnered over fifty million streams, and the support of dream publications such as Consequence of Sound, NYLON, Billboard, Alternative Press, Vice, and Complex, just to name a few. A major turning point for the Crywolf project was at Electric Forest 2017 when Phillips played on the legendary Sherwood Forest stage to a crowd of almost ten thousand people. He had spent two months perfecting his vision for this particular show, complete with a string section wearing crywolf masks and full live action visuals perfectly synced to the lyrics. Phillips is known for having a high-energy stage presence and leaving it all on the field; erratically haunting the stages he plays on, often breaking equipment. At the end of the set, as he stood watching a seemingly endless crowd sing along to “The Home We Made,” he realized it had all been worth it. Being homeless, the 15 hour work-days, everything. He says he will never, ever forget that moment: "I experienced a seemingly elevated form of existence. A feeling so few people get to experience." The world of Crywolf is cinematic and surreal, a cacophony that sweeps you off your feet, taking you into the dark abyss one moment and into heavenly rapture the next. Melodies telling of internal wastelands lull the listener into a trance-like state, a fully immersive experience When Justin’s not making music, you can find him creating visual art, studying quantum physics, travelling, or teaching his french bulldog, Goo, how to be a proper gentleman. His ambitions don't stop at music: Ever inspired, he intends to expand into starting a clothing line, directing more music videos, publishing a book of poetry, starting a label, and much more. Multifaceted and endlessly aspirational, Crywolf is a unique spirit and an inspiring force.