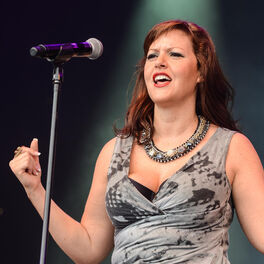 Straight on Til Morning

A Little Bit of Christmas!

Keep Me Holding On

The Way We Like It Featuring Ty and Eska

Four Weddings And A Funeral (Music From The Original TV Series)

For Once In My Life (From "Four Weddings And A Funeral")

Hospitality In The Park

Christmas in the City

by Barlow and Smith

MOBO nominated singer- songwriter, Natalie Williams, is an essential fixture in UK jazz. With her incredible all star 10 piece band she is in the 7th year of running and hosting her monthly residency, Soul Family Sundays, at Ronnie Scott’s Jazz Club, where she has featured the likes of Lalah Hathaway, Jamie Cullum, David Ryan Harris, Jarle Bernhoft, Hamish Stuart, Alice Russell, Terri Walker, Gwyneth Herbert, Krystle Warren, Eska, Roachford, Emeli Sande, Omar and many more. The residency becoming notorious in the neo-soul movement worldwide as a launchpad for major artists. Throughout her career, Natalie has toured extensively around the globe, performing at a number of the world’s leading live music events including opening the London Jazz Festival (2009) at the Barbican with Guy Barker’s Jazz Voice, Montreux Jazz Festival in Switzerland, Glastonbury Festival and the Royal Jubilee Pageant, amongst many more. Williams has appeared as a featured artist with RnB producer and DJ, Nu:Tone, collaborated with The Heritage Orchestra, Goldie, Bugz In The Attic, Jamie Cullum, Shlomo and Amy Winehouse, supported John Legend, Lemar, Alison Moyet, Babyface and the Neville Brothers. In addition to this, Williams has recently performed backing vocals for Cee-Lo Green, Miss Dynamite and Keri Hilson and recorded on Jamie Cullum’s latest Release, Momentum. August 2013 saw Natalie performing with the BBC Symphony Orchestra under the baton of Jules Buckley at the Royal Albert Hall for the Urban Music Prom, featuring Laura Mvula and Maverick Sabre. In January 2012 she started collaborating with Bluey from Incognito, co-writing three tracks on the acclaimed new album ‘Surreal’ and she has since joined the band as one of the lead singers of the group, touring the USA, Europe and the Jakarta and Shanghai Jazz Festivals in 2012. Their Japan Blue Note tour in August 2012 saw Natalie her appear alongside legendary songwriter, Leon Ware, performing his original classic ‘Inside My Love’ written for Minnie Ripperton. 2013 has been a busy year with Incognito & has included tours of the USA and throughout Europe including Natalie performing solo features at the Royal Albert Hall in May supporting Mario Biondi. Natalie Williams drive and fluidly evolving artistry is undeniable – a drive that was rewarded in October 2010 when she was nominated for a MOBO Award for best UK soul, in a category alongside internationally recognised artists Sade, Corinne Bailey-Rae and Plan B.