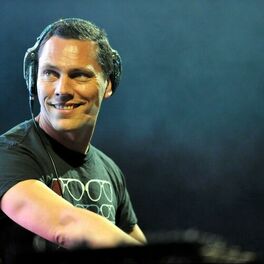 God Is A Dancer (Remixes)

In Search of Sunrise 7 Mixed by Tiësto (Asia)

A superstar DJ and the toast of Europe's club scene for two decades, Tiësto has remixed for the biggest artists in the world and established himself as one of dance music's most successful brands. Born in Breda, Holland, Tijs Michiel Verwest (aka Tiësto) started out playing house records at clubs in his home town before producing his own hardcore tracks and starting the label Black Hole Recordings. Making his name at Sheffield's famed Gatecrasher club night, he became one of the leading trance DJs in the late 1990s and his remix of Delirium's single Silence (featuring Sarah McLachlan) gave him his first Top 10 hit in the UK. Debut album In My Memory (2001) was full of hypnotic beats and euphoric anthems, but it was third album Elements Of Life (2007) that made the major commercial breakthrough, reaching Number 14 and earning a Grammy Award nomination. Going on to play at Ibiza's superclubs and performing all over the world, he played at the opening ceremony of the 2004 Olympics in Athens and was voted the Greatest DJ Ever by Mixmag magazine in 2011. Artist biography compiled by BDS/West 10. All rights reserved