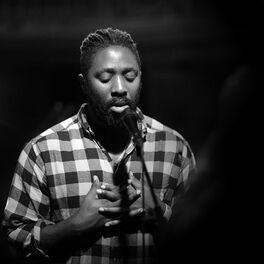 What Did I Do (feat. Lucy Taylor)

Bloc Party became critical darlings in the mid-2000s, with a brand of choppy, frantic, intelligent, indie pop that scored the hit albums Silent Alarm (2005), A Weekend In The City (2007) and Four (2012) and drew acclaim for being more experimental and thought-provoking than most guitar bands of the time. Front man Kele Okereke was born in Liverpool to Nigerian parents, but grew up in London and was still studying English Literature at King's College when the band's first album hit Number 3 in the UK charts. A shy, introverted character who rolls his eyes at celebrity culture, he came out as gay in 2010 before working on debut album The Boxer with producer XXXChange. Full of socially charged, intelligent lyrics, slashing new wave guitars and euphoric electro beats, it reached the UK Top 20 and produced the singles Tenderoni and Everything You Want. Follow-up EP The Hunter (2011) further delved into dubstep, dancehall and synth-pop sounds, while Kele also sang on tracks by The Chemical Brothers, Tiësto and Hercules & Love Affair. Artist biography compiled by BDS/West 10. All rights reserved