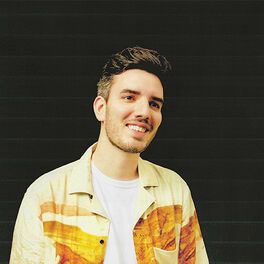 I Don’t Even Know You Anymore (Remixes)

Here With You (Remixes)

We Can Only Live Today

I See The Future In Your Eyes

THIS IS Drum & Bass

Towering over Los Angeles are two fixtures that capture its impossible contradictions, the strange and wild contrast that makes the city so seductive: palm trees, with their suggestion of summer and sunshine and never-ending paradise; and powerlines, embodying a volatile and untamed electricity. On his forthcoming album Palmtrees & Powerlines, Belgian DJ/producer Netsky boldly channels both sides of L.A., and ultimately reveals the rare complexity of his music. In a first-of-its-kind partnership between Republic Records and Casablanca Records, Netsky’s two-part album simultaneously introduces his infectious brand of pop (on Palmtrees) and showcases his rule-bending ingenuity as a creator of club tracks (on Powerlines). The result marks the start of a thrilling new era for Netsky, one that injects the pop world with an instantly vital voice straight from the underground. Despite its radiant energy—and the upbeat feel of lead single “Téquila Limonada”— the roots of Palmtrees & Powerlines trace back to a life-changing tragedy for Netsky: the death of his beloved father in early 2017. “My dad had always been a huge inspiration for me with my music,” says Netsky, otherwise known as Boris Daenen. “He loved collecting records, and I fell in love with soul and jazz and funk through his record collection. When he passed away, I decided to step away from music for a while to travel and try to clear my mind.” After changing his phone number and only giving his new contact info to his three closest friends, Daenen headed west and, in June 2017, ended up in L.A. During what was meant to be a brief visit, he was offered a four-hour session with Norwegian producers Stargate (Beyoncé, Rihanna, Camila Cabello), and immediately felt a creative connection with the duo. “I’d just wanted to get some feedback from Stargate on my music, but that one session turned into a great friendship and the beginning of my album,” says Daenen. “All of a sudden I felt ready to make music again.” Not long after teaming up with Stargate—who gave him a room in their studio house in Venice—Daenen started experimenting with crafting pop songs. “Getting to know Stargate inspired me to try new directions in my music,” he says. “Being so much more involved with writing lyrics and figuring out the stories you want to tell.” he adds. “There’s something therapeutic about it that’s very different from making electronic music.” Along with working closely with Stargate in the eight months spent at their studio, Daenen crossed paths with some of the most exciting singers and songwriters in music today, and quickly discovered the joy of collaboration. “I was so used to being by myself in my little studio box, working alone until 4 a.m.,” Daenen says. “Writing with other people really opened me up and made my productions way more broad.” In addition to working with a number of musical luminaries, he also paired up with several artists at the forefront of L.A.’s creative scene, including photographer/videographer Diego Andrade and stylist Alexander Andrew Andrade. The follow-up single to “Téquila Limonada,” a Powerlines track titled “Ice Cold” finds Netsky joining forces with producer David Guetta to brilliant effect. In creating the darkly hypnotic track, the two musicians merged a hard-hitting and frenetic beat with a masterfully warped lyrical sample lifted from Foreigner’s 1977 hit “Cold as Ice.” “David had been trying to make a song out of that sample for a long time, and when I played him my idea for it the first time I met him, he jumped out of his chair,” Daenen recalls. Throughout Palmtrees & Powerlines—an album co-produced by Stargate—Netsky endlessly explores new moods and textures, all while highlighting the rhythmic mastery that’s made him the highest-ranking drum ‘n’ bass DJ in the coveted DJ Mag Top 100. Now 29-years-old, Daenen first began cultivating his eclectic musicality by taking up drumming when he was five. By age 17 he’d begun posting original material online and DJ-ing around Belgium, adopting the moniker of Netsky (the name of a computer virus that deleted all his project files after he’d worked on his first single for a month). Within a year he landed his first international show, setting off on an upward trajectory that saw him making history as the youngest-ever recipient of the Flemish Culture Award for Music. With artists like Ed Sheeran and Dua Lipa later seeking him out for remixes, Netsky also landed a feature from Macklemore on a remix of his smash hit “Rio”—a track that became an unofficial anthem for the 2016 Olympics. Known for his standout performances at Coachella, Glastonbury, Pukkelpop, and beyond, Netsky formed a full live band in 2012 and has since brought the band’s incendiary live set to venues across the globe (including tours of the U.S., Australia, New Zealand, and Europe). “The live band’s been really important to me, and I put a lot into making it a very organic show, with live singers and live instruments and a lot of extra elements that are quite different from my DJ sets,” Daenen points out. As he gears up for the release of Palmtrees & Powerlines, Daenen is eager to unveil even more dimensions of his artistry. “With this album, I like that people can choose which side they want to put on based on what kind of mood they’re in,” Daenen says. “One side’s like the equivalent of a holiday on a sunny beach where you’re sipping a nice cocktail, and the other’s the more raging side, for when it’s late at night or the weekend and you need that energy. I love being able to work in those two different worlds—it’s really opened my mind to all the different possibilities in making music.” http://netskymusic.com http://instagram.com/netskyofficial http://twitter.com/netskymusic http://facebook.com/netskymusic