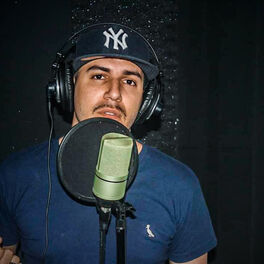 Now That You're Gone

Music transports you to unimaginable places! And so it changed the life of Abel Pereira, better known as '' A2K '' who in Praia Grande, on the south coast of São Paulo, discovered his art. He started in 2003 composing lyrics for mc's of funk, but in 2006, his career in rap started, where he immortalized his passion, with the group '' Prefixo 13 '', where he shared the stages, with the artists Mv Bill, SNJ, Facção Central , and Racionais mc's. In 2015, he decided to pursue a solo career, where he has been practicing since then.