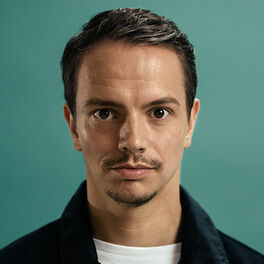 Different for Us - The Remixes

Sticker on My Suitcase

Walk Away - The Remixes

Only Thing We Know - The Remixes

Without a doubt, Berlin based DJ & Producer Alle Farben is one of the most established and successful German Artists in Pop and Dance Music. Playing over 150 live shows yearly, Alle Farben has graced some of Dance Music’s greatest stages such as Tomorrowland, Lollapalooza, Sziget Festival, Electric Love, and Parookaville to name a few. Alle Farben has also generated and sold over 2 million downloads and CD’s, counting Germany only, in the past year. He was nominated for 1Live Krone for „Best Single“ in 2017 as well as for MTV EMA for “Best German Act“, and won the ECHO music award as best „Dance National“ act. Last year Alle Farben was nominated for 1Live Krone “Best Single” again with his summer smash “Only Thing We know”, which was number one in the German Airplay Charts for five weeks in a row. Just recently, his latest single “Different For Us” with Jordan Powers started with the highest entry in the German Airplay Charts again. Alle Farben has also just released a remix of Khalid & Disclosure “Talk” as well as of Lauv`s “There´s No Way). After having achieved 12x Gold, 8x Platinum, and 1x Diamond awards, more is yet to come!