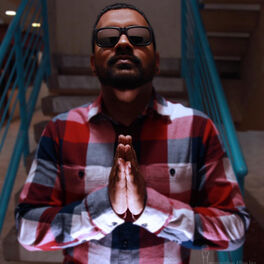 Painting in the Sky

Born Gerald Sandor Yusuf in Queens, New York City, Tag moved to South Florida during his late elementary early middle schools years. In 2005, Tag met Eddie Mashal, the engineer for the Eagles song Hotel California (2013 Remaster), who was impressed by his freestyle and battling skills at Broward College. Eddie then took Tag under his wing and trained him how to produce music on a professional level. In 2013, Tag was hired as an intern at the famous South Beach Studio's in Miami for artists like The Weeknd, Jeezy, Ludacris, Scott Storch, Pharrell Williams, and more. This experience enabled him to learn the ropes of the industry, along with magnifying his songwriting, mixing, and production skills. In 2015, South Beach Studios was closed permanently, leaving Tag to venture out for his next opportunity. In 2017, Tag engineered and vocal produced Jon Secada's remix to Just Another Day Reggae Version, giving a new sound to the already Grammy Award Winning single. On October 25, 2018, Arms Around You (feat. Maluma & Swae Lee) was released by XXXTENTACION and Lil Pump, earning him his first platinum record in 2019 as an engineer. After meeting Steele Risin' and Steven Q-Beatz at South Beach Studios, the trio decided to form a group called QST in early 2019, releasing their first produced song called I'm A Star by YNW Melly. Tag now releases new songs monthly and is set to release his next album in 2020 titled Mr. Yusuf.