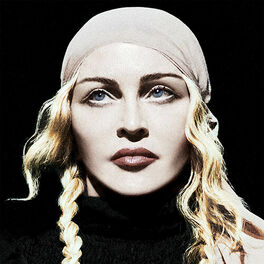 I Don’t Search I Find (Remixes)

by Work This! Workout

Madonna had it tough growing up as an Italian-American in a Detroit suburb after the death of her mother from breast cancer when she was only five. However, after her ballet teacher suggested she might have a career on the stage, she flew to New York at 19 with just $35 in her pocket, to become a dancer. Instead she joined rock band Breakfast Club, then performed in New York dance clubs with drummer Stephen Bray. Discovered by Seymour Stein, she signed to the Sire label and, with her first single Everybody in 1982, Madonna's glittering career was underway. Great pop/dance tracks coupled with her natural gift for self-promotion and provocative imagery catapulted her to international fame (and infamy) with tracks like Holiday, Borderline, Like A Virgin, Material Girl and Papa Don't Preach. Seldom out of the news, she courted controversy and the constant reinventions of her image has led her to become one of the most iconic figures of our age. Artist biography compiled by BDS/West 10. All rights reserved