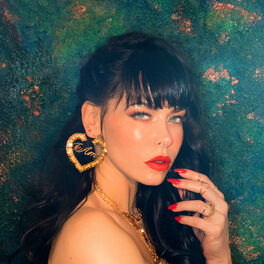 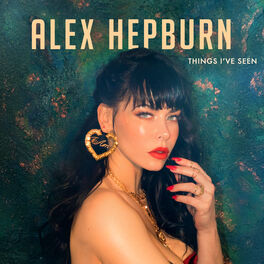 You haven’t met a woman like Alex Hepburn, or heard a voice like that, or lived a life like hers. Of the latter, at least, you should maybe be grateful. Hepburn, a young Londoner born to Scottish parents, is a blues singer with a pop songwriter’s sensibility. She can’t help but sound like that, just as she can’t help the tunes, which just keep flowing. They’re qualities that attracted top-drawer writer/producer collaborators like Linda Perry, Gary Clark, Metrophonic’s Paul Barry, Jimmy Hogarth and Dee Adams. News of the London-based singer's raging talent caused a mini music industry storm, leading to a deal with Warner Bros. Hepburn is already an up’n’coming star. Her debut EP, Pain Is, was an iTunes Single Of The Week and in France, where her story begins, she’s appeared on most of the country’s top music TV shows. Partly raised in France, Hepburn’s family was ripped apart by first ill health and then loss; darkness and the blues are something this young woman sadly knows only too well. It is this that has informed her nerve tingling emotionally honest song writing. Her first official single is Under, the song of a love so strong that it can twist us between life and death. Imagine Eminem/Rihanna’s Love The Way You Lie given a Brit-soul reimagining. Rippling piano and rolling organ provide the base from which Hepburn’s raw, throaty soul-holler soars. She wrote the song in LA last year, during a writing session with Gary Clark, the seasoned Scottish writer who’s previously written with everyone from David McAlmont to Natalie Imbruglia and Eddi Reader. “I wrote the lyrics after my first real love and I parted,” Alex says with a wry smile…. “We always have a muse, don’t we?” The emotion is still raw. Alex Hepburn’s debut album is due for release in early 2013. Jimmy Hogarth (Paolo Nutini, KT Tunstall) Gary Clark and Alex herself with Ian Barter have produced most of the new album set in London; Cenzo Townsend (Florence and The Machine, Snow Patrol) on mixing duties and mastering by Tom Coyne (Adele, Amy Winehouse). Yes, there are those burning blue soul ballads, born from the all-consuming need to live life. Reckless is another slow-simmering belter, and was written with Paul Barry (Cher’s Believe, Enrique Iglesias’s Hero). But there are also brighter moments. The big, joyous, headshaking jam of Get Heavy mixes it up with swaggering anthem Miss Misery, the Sixties voodoo-R&B of Bad Girl and the Jimi Hendrix-inspired Love To Love You. Angelina, meanwhile, is one of the album’s highlights, “Have you seen her… She staring but she’s looking right through you… You could be her…” will certainly touch a note somewhere. It all represents a huge triumph, for this painfully truthful and reluctant future-star. “I didn’t believe in myself a lot,” admits Alex Hepburn, reflecting on her first, tentative steps in music. “I didn’t particularly want to be a singer.” Music wasn’t her first love. Sharks were. “I have a fascination for sharks. I wanted to be a marine biologist, and I’m still obsessed with it.” However marine biology’s loss is music’s gain. Those sharks will just have to wait.