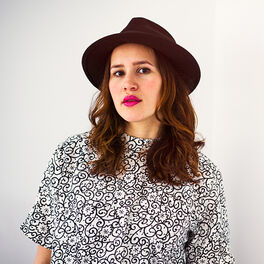 Truth of a Warrior

I've Never Been To Me

Writing on the Wall

I Love Mum - The Best Mother's Day Album In The World ...Ever!

More Than A Woman

Touch The Hem Of His Garment

Motown: The Complete No. 1's

Having established her name as a songwriter and after a joint hit featuring Falco Benz, Charlene is back with a new sound. Older and wiser. Her 2009 debut album brought her to prominence as an exceptional singer and writer of attractive, compact pop tunes. Commissions for songs followed from various performers, until now after writing and composing for others, she returns to her true passion creating new, personal songs for her own voice, matching her own artistic personality. In This Thing, a hit single with Falco Benz, appeared in September 2014. In February 2015, she launched a new single, Those Nights, first of a series of four, introducing a new EP. Charlene selected these new numbers together with Sjoerd de Vries, with plenty of love, patience and attention to detail. Inspired by Scandinavian electro-pop, the tracks contain catchy melodies, delicate bleeps and fantastic synths. Directed at her die-hard fans as well as a new, wider audience. Still Charlene, just different.