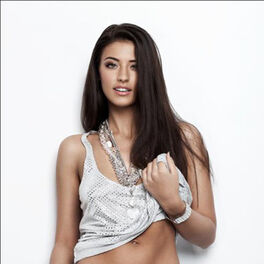 Lie I Tell Myself (Elemer Remix)

Lie I Tell Myself

Lie I Tell Myself (SkiDropz Remix)

On Repeat by Drago

These years seem to be marked by the presence of the very charismatic Antonia. The Romanian singer that took the music scene by surprise spent her adolescence in the USA. The fact that she grew up in Las Vegas and Utah, among black people whose life gravitates around R’n'B and soul, has had a very strong influence on her musical style, her attitude and the very passionate way in which she feels and transmits the rhythm. Her collaboration with Tom Boxer resulted in the smash hits “Roses on fire” and “Morena”, both very well received by both public and critics. Their next single, “Shake it Mamma”, became a fast hit and was then in heavy rotation on all the important radio stations in Europe and beyond. The international success of this track suggested the filming of a video. Thus, at the beginning of 2011, Roton launched the material in which contemporary geisha, both exciting and sexy, surround the hypnotic eyed singer. In the summer of 2011, the FHM readers voted her the “Sexiest Woman”, an award that she was proud to receive again, in the summer of 2012 . A fresh new start in her career was marked in June 2012, when she became part of the artists managed by Global Music Management, the company that got international recognition through its first European top artist – INNA. Antonia then released a new single, “Jameia”, that turned out to be the perfect mix between oriental vibes and cutting edge modern club rhythms, as the artist enjoyed its success, both in Romania and Bulgaria. At the beginning of 2013, Antonia released “Marabou”, a sensual song written by Danish composer and producer Thomas Troelsen. 2013 will also mean the release of Antonia's first album, a gift that her fans have long been waiting for, as the artist that emanates charm and a mixture of sensuality and ingenuity has already become a household name and an international phenomenon to watch!