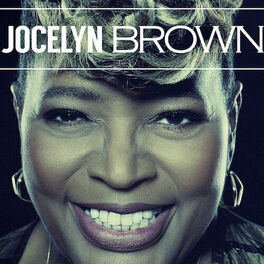 I Want to Know Where Love Is

One From The Heart

Took Me for Granted

by Jocelyn Brown, Joe Not Joseph

Don't Quit (Be A Believer)

Born in North Carolina, Jocelyn was raised in Kinston with her Grandmother before moving to New York. Jocelyn came from a family where her Grandmother, Mother, two aunts and a cousin all sang, but it was her aunt Barbara Roy, who sang with female vocal group EPP that inspired her to sing seriously. Appearing initially as a soloist in Church with various Brooklyn gospel choirs, Jocelyn made the crossover into Disco music early, going on to perform with bands including Kleer, Inner Life and the Salsoul Orchestra. Jocelyn' s recording career defines itself, having worked with many of the best Soul, Raregroove and Disco producers, artists and musicians of our time, a list that includes Quincy Jones, Luther Vandross, George Benson, Micheal Jackson, Roberta Flack, Janis Joplin, Patrick Adams, Leroy Burgess, Cerrone, Change, Herbie Mann, Milton Wright,... The list goes on!