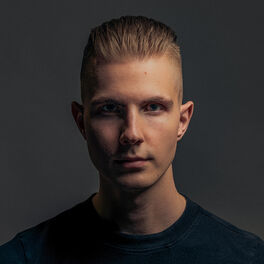 End Of The Line

Fusing together electro house, trance and techno into his own unique brand of dance music, Jyri Hintikka aka MK8 has become one of the most intriguing electronic artists hailing from the Nordics. He is influenced by the hard hitting hooks of Will Sparks, Droplex & Mark Dekoda, which are integrated seamlessly into his cinematic breakdowns, reminiscent of the movie scores of Hans Zimmer and Vangelis. Even at a young age it was clear that he had a passion for dance music. Through his closest friends, he quickly became embedded in the world of DJing. Having used the earlier years of his career in perfecting his sound and skill set as well as organizing underground raves, the budding talent was primed for something great. Over the last years he has performed in massive electronic music festivals (Weekend Festival, Electric Festival) as well as the most intimate of nightclubs. As for his releases, MK8 has amassed support from artist heavyweights such as Sander Van Doorn, Cosmic Gate and Droplex. With his sound is reaching even the prestigious Tomorrowland Festival, and with multiple Beatport top 100 charted releases under his belt, he is gaining strong momentum in the industry. On the present day, as the mastermind behind Insomnia, his personal club imprint, MK8 showcases the most intriguing domestic and international acts. For years, he has been a central figure in bringing like-minded people together, united in love for electronic music. With a packed schedule, both for new releases as well for high-profile performances, 2021 is looking to be a very promising year for this flourishing artist.