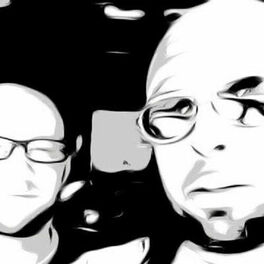 by Hatzel, The Shadow

The Way We Live

The Lost Files Of A.O.S.

Po-Man Muzic/INgrooves The Shadow is an American Grunge Rock band who first formed in 1993 as A.O.S. in Beaumont CA. The original members consisted of school mates, James "Shadow" Quinn- Bass/Vocalist, Ryan Bartholomew- Guitar and Jake Downing- Drums. They continued writing original songs and playing the club circuit as A.O.S. and opening for such acts as The Skelitones up until 2003. In 2003 Jake Downing left the band and it was renamed The Shadow. Although the band has had many incarnations through the years, it has always consisted of the original members, Shadow and Ryan. They write from the heart, about life from the inside and out. They don't like tags but cornered will admit to wide-range influences from Nirvana, STP, The Police, to Thin Lizzy to Modest Mouse to The Strokes. Or even funk-masters such as George Clinton and The Meters, and satire artists like "Weird Al" Yankovic and Spike Jones. The Shadow's originals have wide dynamics and emotional depths. They are more into truth than appearances. The music is real. Unlike more predictable musicians who have "a sound" and stick with it, The Shadow has a pocket full of sounds that stich from point to point as they navigate the mysteries, joys and trials of life.