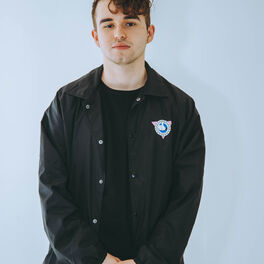 We Could Be Kings

We Are Deadbeats (Vol. 4/Deluxe)

Only in Dreams (Remixes)

DNMO, aka Aiden Morgan’s growth as an artist has been inescapable and he’s only just begun leaving his mark on the scene. At just 17-years old he is already pushing the boundaries of electronic music by discovering and combining new cutting-edge sounds with melodic compositions. In 2018 he made his U.S. debut at the Iconic Red Rocks Amphitheater supporting Zeds Dead, making him the youngest electronic artist to perform there. This was followed by festival debuts at Electric Zoo and HARD Day of The Dead. After only a few months of touring DNMO was playing premiere venues such as Ministry of Sound, Aragon Ballroom, and Exchange. He wrapped up 2018 by touring with Ghastly and Ookay all over America. DNMO’s greatest interests lie within the realms of rock music and hip-hop. He started playing drums at the mere age of five. His creative side really sparked when he discovered electronic music and fell in love with the drum and bass scene in the UK. At the age of eleven, he and his father hand built a PC using scrap parts and he started learning Ableton. DNMO strives to balance his soulful melodies with electronic vibes, while still keeping an organic touch through the use of live instruments. Often, his beautiful melodies are derived from his dark, low emotional places over the years which he’s cultivated into a positive, artistic creation as one all-encompassing, emphatic live musical production. DNMO’s first original release, 'Sakura,' with KRANE, caught the attention of industry titans and newcomers alike. Soon after that he would join the Deadbeats family. His recent track with Zeds Dead, "We Could Be Kings,” surpassed millions of plays worldwide. The success of his music has earned him major support from industry heavyweights, The Chainsmokers, Jauz, Rezz, NGHTMRE, Ookay, Alison Wonderland, and of course Zeds Dead.