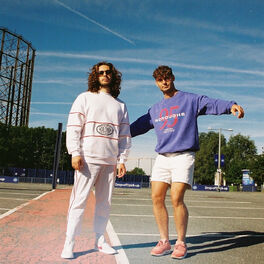 Move To Get It

Move To Get It

Stay at Home with Dipha Barus

Born and bred in the Welsh city of Swansea before running off to London, Trutopia have been making serious noise around the UK and Europe ever since. After sleepless nights spent in the studio, brothers Ash & Kris stepped on to the scene in 2018 with a charted release on Nervous Records and a series of notable big releases on MadTech, Armada Sbjekt, Cr2 and Sweat It Out. Fast forward to 2019, and the boys have an assault of new tunes on the way. Their debut on the legendary Strictly Rhythm, 'Got The Love' entered the top 20 on Beatport's House Chart, shortly followed by another charting release, '4 The Show' on Nervous Records, with a lot more in the bag for their new homes, right until the end of this year. As well as providing the grooviest guest mixes for the likes of Traxsource Live, Rinse France, DJMag and Ministry Of Sound, Ash & Kris have been shaking up the dance floors in the UK, Ibiza, Sydney and Amsterdam thanks to their top selections, unique stage presence and contagious energy. Trutopia live by the motto "keep it moving", and you can expect them to be doing just that in 2019 and beyond.