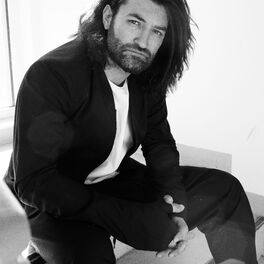 After 5 top-selling albums with SIMPLU, two albums as a solo artist, awards in leading Music Awards categories , two films and numerous sold out national tours, Smiley is undoubtedly the ultimate pop star in Romania with great international appeal. Smiley has been in the public eye both as part of the band SIMPLU and as a solo artist. His albums with record sales, confirm this statement. He released five albums with SIMPLU, each one awarded with the golden disc: Oare stii (2002), Zece (2004), RMX Simplu (2006), Simplu Best Of (2006), Oficial imi merge bine (2006). In 2008 Smiley and SIMPLU won the “Best show” award for “Dance history“, a production that took massive efforts: impressive costumes, a complex design of the stage and live performances. In 2008 Smiley released his first solo album In lipsa mea, which was awarded with a golden disc and the “Best album” distinction at the Romanian Music Awards. The artist promoted this album with a national tour – Smiley x 4 show – which reached 20 big cities and brought him in front of the public along with three alter-egos: Miley, Iliey and Ley. The first single from the album, “In lipsa mea“, was declared “Best song” and it brought him the “Best solo artist” award .