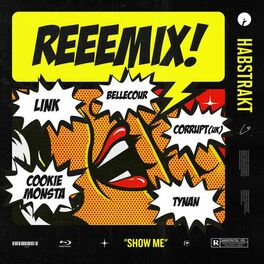 The One (The Remixes)

Habstrakt’s distinctive production style and sound has seen him remix the likes of Skrillex & Diplo, MUST DIE!, Barely Alive, Kill The Noise & Feed Me over the year, alongside to his own original tracks. Signed to the mighty Never Say Die Records, his unique sound cleverly bridges an array of bass genres, flirting with house, future bass and dubstep. Going into 2015, Habstrakt counts DJ Snake, Tchami, Modestep and Jack Ü amongst his supporters and having played extensively across Europe and Australia, he is now preparing for a debut US tour. Habstrakt’s ‘Cool Cats Never Die’ EP, his first release of 2015, gives the frenchman an opportunity to showcase his versatility, and cleverly blends genres between heavy impact dubstep and dynamic, groove-ridden house.