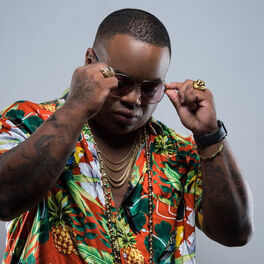 At the origins of the band Los 4, we find Eddy-K, one of the significant pioneers of the Cubaton genre. The fateful decision to split the band into two separate entities in 2008 was necessary. Half of the group (Eduardo Mora and DJ Tony) chose not to come back to Cuba after their last US tour. Deciding to pursue their musical career together, the remaining two members, Damian and Jorgito, formed a new project: Los 4. Feeling the need to expand their line-up, they added the young pianist, Frank Palacios, to the mix. Although an unusual choice in the Regueton scene, that decision helped build the unique sound of the band. People use to seeing the Regueton as music produced by a DJ, so they gave it a more vibrant timbre. With this unexpected formula, the band quickly gained a growing following amongst the youth of the island. Hits such as Igualito, Señorita Intelectual, or Motorola became instant classics. The group gives an extra effort when it comes to its lyrics, where the traditional language of the island and its slang, of course, reflect the unique cultural background of its people. Recently Los 4 returns with his new album named Con la Izquierda. Their album produces in El Cuartel Studio. They have worked there since several years ago, and in which from Studio his most celebrated hits have emerged. The magic hands of Batule Dj were once again in charge of all the music production, maintaining the Cuban and urban identity that they have preserved until today.