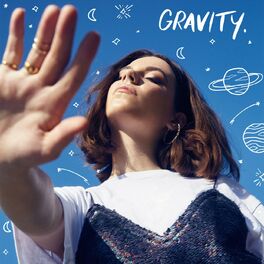 Songs To Sleep To

On Liberosis, Yorke’s elegant and heartfelt debut EP, 21-year pop prodigy Grace Hughes gets to the true emotional core of coming of age. The EP traces the turbulence of youth, with Yorke exploring the messiness of moving from adolescence into adulthood, and most crucially, the liberation found in discovering who you are and what you want. While bursting with moments of raw catharsis and vulnerability, Liberosis is also a work of sleek, sophisticated alt-pop that no doubt places Yorke in the league of pop ingenues such as Lorde, Clairo and Ruel. Yorke has been writing songs for most of her life. At age eight, she was filling up notebooks with her own original love songs. As a teenager growing up in Byron Bay’s thriving music scene, she began entering and winning local songwriting contests. After high school, she was trying to find a balance between music and university but decided that her passion - despite others’ apprehensions - was worth the risk. Featuring the singles ‘First Light’, ‘Thought I Could’ & ‘Treading Water’. Liberosis is an exhilarating portrait of the intense, blazing emotions and life-altering experiences found in the transitional period between youth and adulthood. Liberosis burns bright, and brilliantly captures the power found in asserting one’s independence.