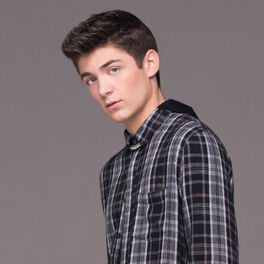 One Thought Away (feat. Wiz Khalifa)

STMPD RCRDS Mixtape 2020 Side A

Determination, diligence, and drive ushered Asher Angel from a key role on Disney Channel’s top-rated staple Andi Mackto starring in the DC comics blockbuster Shazam!in 2019. The same energy carried over to the 16-year-old’s original music as a solo artist ignited by a forthcoming full-length debut for HITCO. His own determination brought an original style to life, merging singer-songwriter honesty, soulful swagger, and universal pop appeal. At the age of five, Asher made his acting debut in the critically acclaimed Jolene alongside Academy®Award nominee Jessica Chastain. In between re-watching Usher and Justin Timberlake videos countless times, he pursued musical theater in grade school. , he pursued musical theater in grade school. Cutting his teeth in a community theatre production of Oliver, he appeared in nearly forty shows, ranging from Into the Woods to Mary Poppins. At twelve-years-old, his prolific output and commitment convinced his mom and dad to travel back-and-forth to LA with the rest of his family for auditions. Following appearances on Nicky, Ricky, Dicky & Dawn and Criminal Minds: Beyond Borders, 2017 saw him join the cast of Andi Mack as Jonah Beck. It paved the way for a lead in Shazam!, which emerged as “one of the Top 10 grossing films of 2019.” Not to mention, The New York Times praised him as “a relaxed, natural presence.”As he made strides to screen ubiquity, Asher built a growing discography. Independent single “Chemistry” clocked over 7 million YouTube views and 1.5 million Spotify streams.He contributed “Last Christmas” to Disney’s 25 Days of ChristmasHoliday Party. His music garnered looks from Entertainment Tonight, Just Jared Jr.,andTiger Beat.Now, he formally assumes the solo spotlight on the 2019 single“One Thought Away” [feat. Wiz Khalifa]and more music to come.