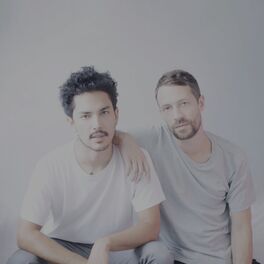 Making atmospheric EDM, often with an emotional arc reflected in accompanying music videos, the Blaze is the duo of Guillaume and Jonathan Alric. The Alrics are cousins based in Paris, France. The project began when Jonathan was enrolled in film school in Brussels and asked Guillaume, who was making electronic music under the moniker Mayd Hubb, to help with music for a video he was shooting. Their debut single, "Virile," emerged in early 2016 as part of the Bromance Records compilation Homieland, Vol. 2. Featuring eerie, pitched-down vocals, its companion video garnered over a million views by the arrival of their first EP, Territory, in the first half of 2017. It was released by Animal63. The Blaze returned a year later with the single -- and video -- "Heaven" in early 2018. The track appeared on the duo's first full-length DANCEHALL, which arrived in September that year.