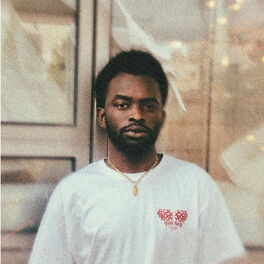 Tim Lyre is a Singer/Songwriter, Multi Instrumentalist and Music Producer via Lagos, Nigeria. As an Afro-Fusion artist, his music is a genre-bending exploration of the human experience from an afro-futurist perspective. Born and raised in Lagos, Nigeria, he studied Classical Piano from the age of 10 before going on to explore other genres such as Jazz, Soul, Hip-Hop, R&B and of course Highlife and Afrobeat. Influenced by the music of a different variety of artists such as Ebenezer Obey, Lagbaja and John Legend, it’s easy to see why he aims to create music without any limits or restrictions. During his time living and studying in England, he became known in the live circuit in England as a captivating performer, leading to appearances on stages such as the BBC Introducing Stage at the Oakford Social Club in Reading and he went on to open for artists such as Eliza Shaddad and MNEK. He is already building a discography unlike any other including the EPs Circa 94 (2016), 20+ - Excess (2018) and most recently a joint project called inDigo. (2019) with Nigerian Producer/Artist DaRe.