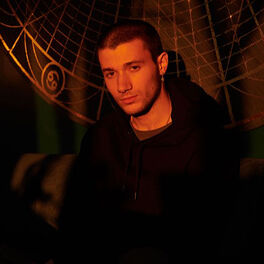 brent: live from the internet

love is not dying

you were good to me (shallou remix)

It was just a few short months ago that Jeremy Zucker sat in his childhood New Jersey home, feeling stressed and complacent. Ironically, he already had a buzzing single “all the kids are depressed,” sold over 500,000 singles and inked a deal with Republic Records. He graduated from Colorado College with a degree in Molecular Biology and would be putting that aside to finally pursue his dream of making music. “It was a weird dichotomy of graduating college and now having all this freedom yet living in my childhood home for the summer,” he recalls. “I couldn’t wait to get out.” He did what he does best: made music about it. His new single “comethru” encapsulates that feeling of isolation. “It’s a pretty happy sounding acoustic song, yet the lyrics are about driving myself crazy in my childhood home,” the now NYC resident adds. “I needed company, basically.” The song appears on Zucker’s upcoming EP summer, a project that details his switch from college obligations to now an endless summer of doing what he loves. As Jeremy Zucker enters this next phase of his career, he brings a new love letter to life that fans will undoubtedly connect with. Growing up in suburban New Jersey, Jeremy was always surrounded by music, yet it would mean different things to him at different points in his life. As a child, he describes himself as “wild and goofy,” being calmed by piano lessons at just five years old. As he entered his preteens he would become more subdued. “I guess when I turned 12 or 13, I hit my awkward phase and went from super goofy and hyper to shy and quiet,” he remembers. Family trips found him singing loudly to Blink 182 CDs on his Discman, replacing lyrics with his own. He switched piano lessons for guitar lessons and formed a band with two friends from elementary school. By high school, he was writing lyrics and producing songs for other people. “A lot of the times I would end up taking over the creative process. I always felt like I was writing the songs,” he explains. “I would utilize other people as the medium. It took me so long to realize that I should just be writing and recording them on my own.” Eventually he did, recording a rough demo and later his first real release beach island in the summer of 2015. He followed it with breathe in the fall of that same year, as a Freshman at Colorado College. “It wasn’t until I got to college and was in a completely new environment that I realized that collaborating with people was holding me back,” he expresses. “With too many people in the room, there are a lot of opinions floating around and it’s hard to listen to yourself.” He cranked out songs in his dorm room and released them over Soundcloud—one every week. He later transferred them over to Spotify, where breathe’s lead single “Bout It” became the catalyst, hitting Spotify’s Discover Weekly playlist. “The Spotify algorithm randomly picked up the song and got me out there, which gave me a nice head start,” adds Jeremy. From there he released motions in 2017 and performed at his first sold-out show at The Studio of Webster Hall that Summer. “I was getting offers from a couple of record labels, but as soon as Republic was interested I knew I really wanted to work with them,” the young artist explains. Republic Records’ A&R flew to Colorado to meet with Zucker. Months later, he signed his contract while studying abroad in London. Following the massive streaming success of Zucker’s 2017 single “talk is overrated” featuring blackbear, 2018’s intensely personal EP glisten delivered the groundbreaking song “all the kids are depressed,” the first widespread glimpse into Jeremy Zucker’s songwriting ethos. “The mindset that drove me to write [“all the kids are depressed”] was how progressive my school was in making discussions of mental illness an open conversation,” Zucker says of the single. “People were always talking about their anxiety, their depression, their medication. That was new to me, I guess. In high school if someone was on anti-depressants or suffered from some form of a mental illness, they would almost be shunned. Like, ‘We don’t talk about that’ or ‘We don’t hang around people like that.’ That to me was so crazy and so cruel. It was so tough for me to be in an environment where people viewed people with mental illness like that because if I had periods in middle school or high school when I wasn’t feeling great, I was afraid to say I was depressed or had anxiety.” He continues, “So being in school and being openly able to discuss mental illness was what motivated me to write the song. When I say half of my friends at school were on anti-depressants, it might even be more. And that’s not an anomaly.” His new project summer, will extend that sentiment of reaching the emotions of the listener, rather than blanketed subject matter. “For me the music is about the feeling and connecting with individuals than addressing a widespread topic,” he explains. Always from the heart, the songs take you on a journey that speak to the fans, yet still remain at the core of Jeremy Zucker’s identity. “That’s what makes my music unique: I don’t listen to it thinking is this what people are gonna think is dope?” he says. “It’s like no, it’s what I think is dope. That’s my compass.”