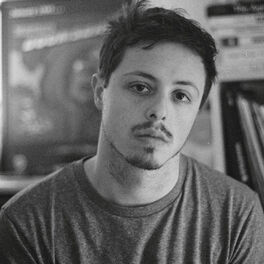 Aggregate : Support The Fight Against Hunger

I'm At That Party Right Now

Nathan Melja is a Dj and producer originally from Paris. First spotted in 2014 by his EP on New-York record label and party kings Mister Saturday Night, he carries on by releasing a series of dance records on Black Opal Tapes, Ninja Tune’s sub label Technicolour and, most recently, an EP for french record label Antinote. His productions combine a wide range of influences for a subtle result of Club music between Ambient, House and Techno. Witnessing a real experience, his DJ Sets are full of surprises as he likes to go where people don’t expect him to go. Running a club residency at (closed now) Batofar, a monthly show on Rinse France and spending a lot of time digging certainly helped him establishing his presence on Paris’s scene with immaculate curatorial skills and equally imposing DJ abilities.