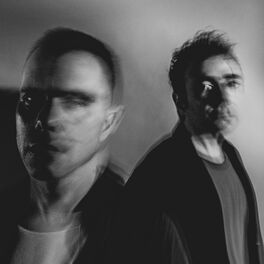 Do What You Want (Remixes)

If I Know You

The Presets are Julian Hamilton and Kim Moyes. After signing with Modular Recordings in late 2003, the band released two EPs and an album Beams (2005).   In 2008 The Presets released the chart topping album Apocalypso, selling in excess of Triple Platinum sales in Australia and featuring four hit singles, including ‘My People’ – which became the longest charting single in Australian history. The Presets went on to win 5 ARIA awards (and 2 ARIA Artisan Awards) for the album in 2008, including Album of the Year, as well as the J Award and FBI SMAC Award for Album of The Year. They also shared the coveted Songwriter of The Year Award at the 2009 APRA Awards. Pacifica was released in 2012, featuring Rolling Stone Magazine’s Song Of The Year, ‘Ghosts’.   The Presets returned in 2018 with HI VIZ, which debuted at #1 on the iTunes album chart within hours of its release and was nominated for two ARIA Awards as well as the prestigious Australian Music Prize. The record spawned triple j Hottest 100 favourites “Do What You Want” and “Martini”, with the latter nominated for Best Song at the FBi SMAC Awards in 2019. Recently, the band released their expansive RAKA EP – a collaborative record with Golden Features, led by the euphoric single ‘Paradise’. The song became triple j’s most played song shortly after its release, and also charted in the Hottest 100 of 2019.