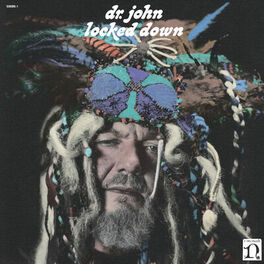 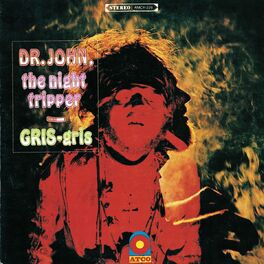 Playlist: The Best Of The Atco Years

Hollywood Be Thy Name

In A Sentimental Mood

I Was Born Too Late

Turning to piano after he was shot in the finger and no longer able to play guitar, Dr. John has come to epitomise the hazy, Creole spirit of New Orleans with his mix of jazz and blues boogie. Working as a session musician during the 1960s and 1970s in Los Angeles, he used leftover studio time from a Sonny and Cher session to record his debut album 'Gris-Gris' (1968). Immersed in Mardi Gras, gumbo and voodoo, it has become a psychedelic cult classic, as musicians like Eric Clapton, Mick Jagger, Mike Bloomsfield and Carly Simon queued up to work with 'Mac'.

He came to the attention of a new audience in the 1990s when Paul Weller covered his song 'I Walk On Gilded Splinters' on the album 'Stanley Road' (1995) and he appeared on the Spiritualized classic 'Ladies and Gentleman We Are Floating In Space' (1997).

Having released over 20 albums, Dr. John was famous for his trademark husky, growling blues and was a key figure in raising money to rebuild New Orleans after Hurricane Katrina. He was inducted into the Rock and Roll Hall of Fame in 2011.

On June 6th 2019 it was announced that Dr. John had passed away at the age of 77 as a result of a heart attack.