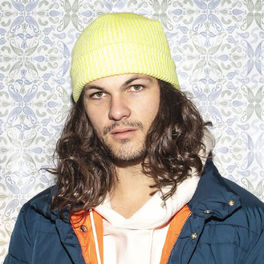 A STUDY IN MOVEMENT

Be In Love / Years

The softer than usual, layered electronic arrangements of BAYNK is the afterthought of singer/songwriter, producer and multi-instrumentalist Jock Nowell-Usticke who broke out in 2016 accidentally when a blogger from Hillydilly stumbled across the one song "Sundae" he uploaded before having all his music equipment stolen whilst backpacking around Europe. Laptop stolen and unaware of the initial song's success the New Zealander later found himself on several festival line-ups around the country, most notably Laneway. His 2016 single What You Need featuring NÏKA earned him early critical praise hitting #1 on Hype Machine and support from other major tastemakers. Both this and his follow up single Poolside were picked up by multiple New Zealand Radio DJ's as well as tripleJ and SiriusXM internationally.