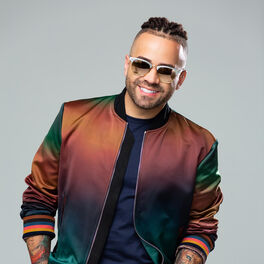 Chino & Nacho Is Back

The Venezuelan Singer , Nacho two time winner of the latin Grammy , five Billboard awards , among other awards that recognize talent , popularity in Latin Music , is recognized worldwide for his great career and Musical successes, including Báilame, Casualidad, Happy Happy along with her children Los Mendozas and her most recent single "Déjalo", whit the Turizo Brothers In 16 years of artistic career Nacho has been part of important groups: Equilibrio, Calle Ciega and finally, before being a soloist, the famous duo Chino & Nacho, consecrated by successes like Mi Niña Bonita, Me Voy Enamorando Andas en Mi Cabeza a trajectory in which he achieves internationalization as an artist and composer. After 10 years of a solid and successful career, Nacho decides to start as solo artist. In recent years, Nacho has collaborated with the most influential artists of the genre, such as: Silvestre Dangod, Nicky Jam, Tito El Bambino, Paulina Rubio, Daddy Yankee, Farruko, Wisin, Sebastian Yatra, among other renowned performers earning their place as one of the most loved and recognized singers in Latin America. From day one, not only his loyal fanatic remains firm with him, but a large group of new followers are added daily to his movement. Many know him before as "Nacho, the creature", but regardless of the additions that sometimes accompany his name, for all will remain: "Nacho."