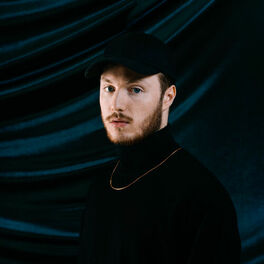 Be There One More Time

Get Out Of My Head

We Would Never Do (Live Session)

Based out of Antwerp, 21 year old producer Taska Black is a young artist who utilizes his classical background to support forward thinking tactics in bass music. His first taste of music began with violin and piano lessons at only 4 years old. Initially dreading these classes and the structure of a musical education, Taska Black soon found that improvisation was what kept his drive alive. The producer continued to experiment and dismissed rules and standards when it came to classical music. Eventually, Taska Black's renegade nature lead to him experimenting with the art of music production through dabbling in various genres. Breaking rules while remaining true to his inner innovator, Taska Black’s early releases “Right Now” caught the interest of San Holo's imprint bitbird, marking a turning point for the young artist's blossoming journey. Since then, the producer has continued to build upon his craft, capturing the attention of notable tastemakers in the electronic realm. “I feel like everyone in the electronic scene is more open minded now than ever. A lot of artists try to push their limits and try different things and I think the listeners give a great response to that.” With heavy anthemic elements, Taska Black is ultimately a conductor of emotions. With every track unveiled, the artist unravels a rawness through his intrinsic aptitude for melody and sound design. From his own initial inspirations to the finalized product, Taska Black values the journey just as much as the destination. Regarding this process, Taska Black states “I want listeners to have the same feeling I get when I write my songs. I search for progressions, melodies, and harmonies that make me feel something that I can’t describe. That exact feeling I want people to experience when listening to my music.” “I’ll always keep searching for that magic in music that touches me in a way. People have only seen 1% of what I want to show them with my music. My long term goal is to show them that other 99%. In the future I’d love to work towards a visually strong live show where I can perform more as a musician than as a DJ.”