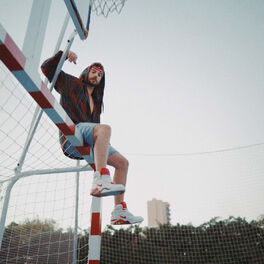 Well, here I am to break the mold. It's not something I have wanted to do, but something that has always been with me. But first, my name is Danny, although you can call me Danny Sawyer or The 90’s Kid. Let's start from the beginning. Since I was a child, I knew that I wanted to dedicate myself to music: I wrote my first song at 6 or 7 years old (it was shit, but it seemed like a great song), I produced my first song at 13 with a 3-buck mic and almost zero knowledge of music production and, at 16 I was already in a studio with session musicians and all that stuff recording the first songs that I would release on my debut album. And why music? Well, it was the one who was always there to evade me and help me. When I was a kid, I had a shitty time at school because of bullying. I was a kid who liked the Spice Girls, singing and had an ass that seemed four. Come on, I was on the winning streak to be the objective of my teammates. The 90's were tough, but they also gave me wonders to get away from the shit I had to deal with while being a brat. I thought that this situation would end at school, but at 14 I got besotted by a dude from my class. And the whole town found out and well… It was like being famous. Guys that I had never seen in my life came to me to ask for an explanation (I would have preferred they asked me for autographs, honestly). The harassment was constant and tedious. But I had music. So everything was more bearable. Anyway, after adolescence and between various love failures and traumas, I met a boy who, well, changed everything. And it went a long way for me to write a whole album. As if it were the soundtrack of a hella dramatic movie. And as for the soundtrack of my life? Spice Girls, Justin Timberlake, Sia, Gin Wigmore or Marky Mark have been great companions and musical influences in my history. It's difficult to define what style of music I do, because it has nothing to do with what people listen to now. I guess if we mix the pop-dance, hip-hop and blues-rock of the 90's with the present, this comes out: Danny. Willing to break the molds. What about you? Do you follow trends or break the mold?