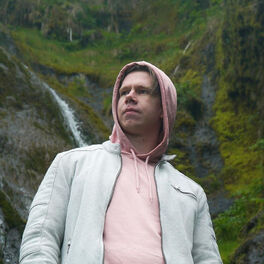 No Cow On The Ice

Love Me To Life

Born in Stockholm, Sweden, Arc North is on a mission to show the world that the north can be as exotic and beautiful as the sandy beaches and swaying palm trees that so often liter pages across social media. Organic northern atmopshere for any occasion. - In May of 2016 Arc North released an official remix of Goblins from Mars’ Hit “Cold Blooded Love (Arc North Remix)” bringing in Millions of views on YouTube and Spotify growing his own YouTube presence in the process. - Later that year in November Arc North released his first vocal focused single “Meant To Be” which earned him respect in the industry with support for this track exploding from every corner of the internet. Bringing in over 20+ Million plays across platforms in its first year. This track built the foundation for his fan base and support in the music industry as a standalone artist. - Following up in December of 2016 and January of 2017 with a remix of Bryce Fox's “Horns (Arc North Remix)” and a personal single club hit “Never Gonna” Arc North was able to push his fanbase even further with 2 more tracks garnering plays in the multi-millions. - In January of 2018 Arc North came back with a new single “My Love” resparking the fire of his fans and building a great foundation for his next release “Raging”. “Raging” released in February of 2018 and gained the support of Spotify itself, including placements on both ‘Fresh Electronic’ and ‘mint’ alongside the likes of Marshmello, Martin Garrix and Tiësto. ~DevJ