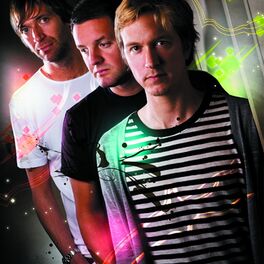 Why did you do it (Remixes)

Days Go By (The Retrospective)

Dirty Vegas is a light and breezy dance group formed in London, England in 2001 by singer Steve Smith and DJs Ben Harris and Paul Harris. Their self-titled debut album the following year produced the single 'Days Go By' which became an international hit boosted by its use on a car commercial in America. The single topped the Billboard Dance Chart and won a Grammy Award for Best Dance Recording. The band's growing popularity led to further TV exposure in shows such as 'Standoff', 'The O.C.' and 'One Tree Hill'. As they grew, they began to specialise in remixing tracks from established artists including Justin Timberlake and Madonna and released a mix album 'A Night at the Tables' in 2003. The trio disbanded in 2005 following their second studio album 'One', until Smith and Paul Harris reunited in 2008.

Known for energetic and playful pop with an electronic beat, Dirty Vegas created a combination of guitar-driven electronica and house. After reforming, they released remix albums 'The Trip' and 'Stealth Live!' and worked on the soundtrack of the Los Angeles party film 'The Boys & Girls Guide to Getting Down'. They also had the honour of performing at inauguration parties for President Barack Obama in 2009. In 2011 they released 'Electric Love' which achieved the number 13 spot in the US Dance Charts and they followed this up with 'Photograph' in 2015.