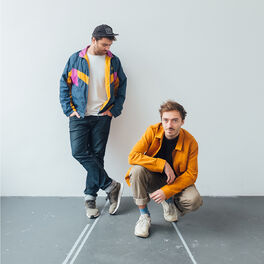 Hey, This Must Be Deep

Through his journey into introspective electronic bass music, Kuna Maze found his base in Brussels. The French-born producer, like many of his generation, found true inspiration in the Los Angeles beat scene (2007-2012). He tells his story to the audience by using the dancefloor as a tool to connect with them. Kuna Maze studied at various music institutions in France: Conservatoire de Lyon and Conservatoire de Chambéry, where he learned jazz trumpet. Just like most musicians in the L.A. beat scene, jazz is the focal point in the construction of his art. He has played alongside accomplished producers, such as Nosaj Thing, Flako, Lapalux, Machinedrum and more. He brought his live show and DJ set to European stages like Gilles Peterson’s Worldwide Festival, Les Nuits Sonores and Mirage Festival, garnering support from Gilles Peterson (BBC 6Music, Worldwide FM), Soulection, Lefto and Gordon Gieseking (Finest Ego, Project Mooncircle). In November 2017, he won the Belgian Proximus Contest and was invited to play at Les Transardentes festival in Brussels. Kuna Maze’s eclectic live set tells a story of its own: a sincere melody that brings meditation to the dancefloor. His recent collaboration project with Nicolas Morant aka Nikitch began when the duo met at the Conservatoire de Chambéry in France and they continue to push their musical and creative development even further.