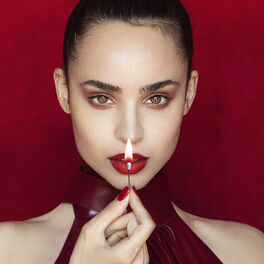 Rumors (with Sofia Carson) (The Remixes)

Hold On To Me

Miss U More Than U Know

We Own the Night/Night Falls Mashup

Good to Be Bad (From "Descendants 3")

Mamma Mia! I & II Soundtrack - The Complete List - All Songs

With over 17 million followers on social media, Sofia Carson is a force of nature, rising to the top of all she endeavors with grace and style in the world of entertainment. Sofa’s music career has garnered her at #1 Billboard album, two RIAA Gold-Certified Albums, award nominations and over 1.7 billion video views. Sofia was named the first global ambassador to the Latin Grammy Cultural Foundation. Sofia is involved in multiple philanthropic organizations including UNICEF, Make-W-Wish, the Ryan Seacrest Foundation and WE Movement. As an actress, she is best known for her role of “Evie” in Disney’s global phenomenon “Descendants” and the critically acclaimed Freeform television series “Pretty Little Liars: The Perfectionists.” Next, Sofia will make her feature film debut starring in the NETFLIX original movie “Feel The Beat.” Sofia Carson is fashion icon; constantly topping the most prestigious best dressed lists and a lending her feminine yet fierce style at fashion week shows worldwide.