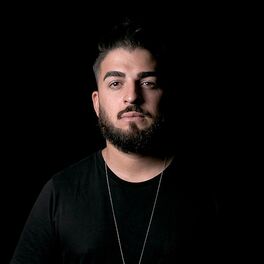 Goodbye 2018 - The Selection of the Year

Get The Fuck Up EP

Jonathan Aguilar, known under the moniker of Juanito is a talented DJ / Producer born in France in the late 80s and now based in Barcelona. He was discovered by Roger Sanchez in 2012, and highlighted on his label: Stealth Records for the annual compilation 'Release Yourself'. Often enclosed in his home studio, ready to work hard, Juanito always seeks to excel with a precise idea in mind «to make people dance». Thus, its determination has been rewarded in recent years with signatures on labels of foreground such as Armada Subjekt, Time Has Changed, Stereo Productions, Lapsus Music or Great Stuff. 2018 will also be a special one with EPs on Cajual or Clarisse but also remixes including one for Robbie Rivera. As a result, he has gradually gained recognition from the biggest names on the scene, who regularly support his tracks: Marco Carola, Matthias Tanzmann, Nic Fanciulli, Roger Sanchez, Erick Morillo, Davide Squillace, Latmun, LEON, Dale Howard, Anna Tur to name but a few! Influenced by his Iberian origins, Juanito enjoys sharing his passion with the public. His sessions oscillate between House and Techno, embellished with an unstoppable groove for the dancefloor. Juanito has the ability to adapt quickly. In this way, he is able to play at any time: Warm Up, Peak Time, Closing Set, After ... which allowed him to perform in different places in France and Europe: Ibiza, London, Amsterdam, Barcelona, Lyon, Montpellier ... Stay tuned! the best is yet to come!