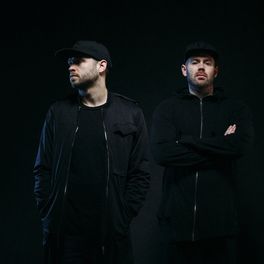 On the Corner - EP

Despite first coming to wider fame with their 'Tribesmen' release in October 2016 the Manchester duo of Mark Richards aka MRK1, and James Eliot collectively known as Solardo have been DJ'ing for longer than that as individuals. They originally met in 2006 when Richards was playing a lot of dubstep, and Eliot was more involved in the rave scene. As Solardo they have produced EPs for Toolroom Records and Green Velvet's Relief Records. The pair are also highly acclaimed for their live work, with tours of the UK, USA, Australia and South America under their belts. They have also moved into music production, and also remixing such club legends as Carl Cox. Richards and Eliot have also set up their own label, Sola, which has produced music for CamelPhat, Secondcity, Mason Maynard and Will Easton.