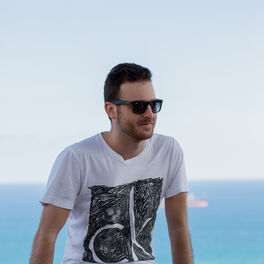 PreciousLand is an italian Dj/Producer. The name PreciousLand was born from the intertwining of the old Precious artist name born from the title of the famous song by Depeche Mode "Precious" and "Land" born after the idea of mixing music and promotion of the Italian territory through music videos. His music ranges from pure Progressive House to the soft Deep House. He studied music (violin and guitar) at the Conservatory of Music in Salerno but at the same time he approached electronic music starting to work as a DJ in 1997. Since then, it has been a succession of progress: invited by many clubs and thanks to his DJs original sets played in different contexts and won several Dj Contest. He has been added by SIAE on the Italia Music Export portal among the most famous Italian artists to promote his music outside the borders and taking it to international levels https://www.italiamusicexport.com/?s=preciousland He already gained experience of several years as a producer and after winning in 2010 a Contest for the Remix of the song "Your Love" - production of Studio 76 of DJ Marco Montefusco, in June 2014, under his old artist name Precious, he release his first single "What I like" on the Italian label Italo Rumble Digital and it joined the charts in Spain also and receiving an interview from an Italian tv. After a few months, he released "Neapolis" on OTB Records, a song that mixes the EDM with the Neapolitan folk music. At start of the following year, 2015, he release other strong EDM tracks, one of these is "CrunkdBass" on Planet Mix Records, a song that mix the Trance with Melbourne Bounce, a leading genre at the time. In September of the same year he won a Remix Contest for the song "Believe" by Soul Player, which in turn will be published in June of the same year on the Dancefloor Recordings label. At the end of 2015, the idea of creating a YouTube channel for his music and videos, he wanted to highlight the beauties of the Italian territory; the first of these arrives at the end of 2015 with the remake of the famous song "Hot Stuff" by Donna Summer interpreted by the voice of Rapha, reviewed by him in a Tropical House key. In 2016 his real name PreciousLand was born. He released his most important songs that were most successful: the first is "U", featuring the singer Rhama, released on the French label "Pool e Music" founded by the famous Dj / Producer Antoine Clamaran, the music video receives tens of thousand views on YouTube and Facebook and currently it's the record that has been the most successful and streaming on the net. After a few months he "Sonya" on the Peruvian label Digital Empire Records, another collaboration and another success for PreciousLand, but this time with the Russian soprano Evguenia Ratsouk. Driven by the amazing "Sonya" music video on YouTube, the song sells hundreds of copies and PreciousLand also receives several TV interviews; he will define it as the most melodically beautiful song he ever written. Finally, his single "Scars" sung by the Dutch singer Sehya was release in September 2016 on the Italian label UrbanLife Records; the song also gets the release of two remixes by Audax Gray and Tonilox. Then Audax remix will be released in October 2017 on the famous Hit Mania Dance compilation on Sony Music. The "Scars" videoclip once again receives thousands of views on YouTube. In May 2017, he release another track "Fool" sung by David Persson on the German label Munix Music / Kontor, the project was born from the contamination of Deep House and Country and the music video, completely in western style, was shot in the beautiful land of the National Park of Cilento and Vallo di Diano. His musical style comes mainly from listening music as a source of inspiration for his songs, often playing on very simple melodies of strong impact and mixing all the experience gained as a DJ over the years. He is a lover of electronic dance music and express his emotions and feelings through it. Through the success of his last single "Cyclope" published in September 2017 on the German label nUon Music, he reached the position n.5 of the 44House ranking on air on several radios in Germany and in the top 100 on the digital store Traxsource . He was able to give a great visibility to his territory through the music video at the medieval castle of Mercato San Severino city. PreciousLand’s new single "Home" borned from the collaboration with the Australian singer-songwriter Kevin Milner and was sung by the awesome voice of the austrian singer Louis Nostitz. Once again the PreciousLand intent is to promote the Italian hidden beauties present in his territory through a truly unique music video shooted in the cities of Cava de' Tirreni and Mercato S.Severino (SA) and promoted by the respective Municipalities with the participation of the italian actor Fabio Massa. The song “Home” received some covers by different italian bands and artists, at the moment you can listen the version performed by Coro Crescent on YouTube. Lastly he was invited to perform at MONDO NYC 2020 Music Festival as one of the only two Italian artists selected. Due to the pandemic situation he played his tracks for the event during an amazing live set from the beautiful Palinuro’s cliff (Italy) on October 13, 2020.