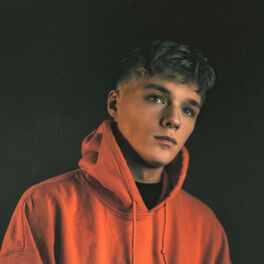 Hailing from the UK, music producer Jordan Comolli uses a cinematic exploration of dark vibes and sultry bass-lines that electrify listeners across the globe. He took the underground scene by storm in 2016 with hit singles "Contrast" & "Alone" which stacked around 15 million streams combined across all platforms. Jordan was born in the town of Basildon, Essex just outside of Central London. Shortly after his father’s passing Jordan moved to Texas where he lived for several years. In 2011 Comolli returned to England, moving to the seaside town Brighton. Growing up alongside renowned artists Hucci and OZZIE inspired Jordan to hone in on his own sound and production skills. Jordan has had some huge releases and the backing from tastemaker labels such as Trap Nation, Quality Goods Records, Elysian Records and more. As well as supporting pioneering electronic artists such as Marshmello, Slushii, Headhunterz and Jauz on tour in Asia. He made an official remix for the Trap artist UZ and was also named upcoming Trap artist of the year by Annie Nightingale on BBC Radio 1. ​The young, British producer has shaken the underground electronic dance scene with over 30 million views on YouTube, over 10 million plays on SoundCloud, and over 25 million plays on Spotify. Jordan’s largest song, Quake, has reached an audience of over 12 million across streaming platforms. His music has been used by the likes of BT Sports as well as being used in the trailer for the Eminem produced movie ‘BODIED’. ​It’s no exaggeration to say Jordan Comolli has broken boundaries with his unique sound. Whether you’ve been to one of the many live performances or you’ve heard one of his songs, you’ll see why he's renowned for his technical capabilities and musical versatility.